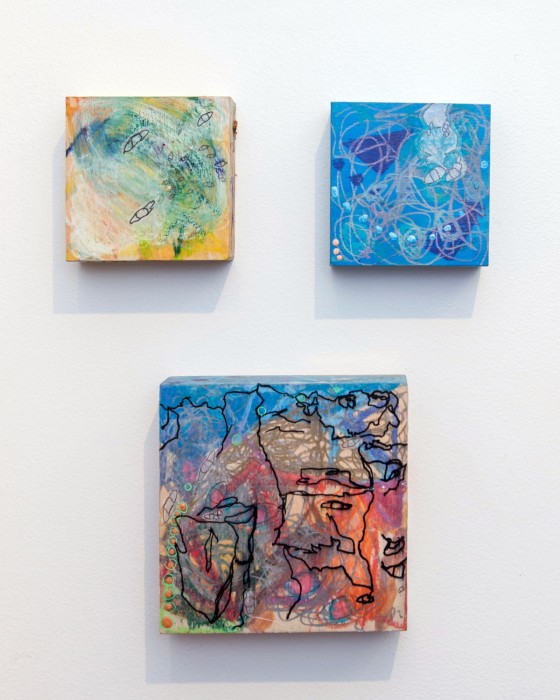 All who wander-- find amazing places.
Leaving Pie Town, NM.  I took scenic route 117 through the mountains of Southwestern New Mexico. My goal was to get close to Prettified Forest, in Arizona by dark.  RT 117 takes you higher and deeper into red rock arches, evergreen forests, and lava fields. Stunning.  Stopping at the Lave Fields, I hiked for a while but did not receive and an invitation to have a drawing conversation, so I moved on.

Ten miles up Rt 117, I was called to stop at an area with a Vista, and blessedly a covered area.  After drawing in the full NM sun, the canopy was greatly welcomed.

It was late afternoon; I was a little concerned about staying too late and driving the winding mountain roads at night.  But the Land called me, and I honored the call.

This landscape was very different than other parts of NM- high rolling red rocks, sharp yellow cliffs, and lots of trees.  It took a while for me to get settled, or maybe more accurately to say it took me a while to align with the Land.

The energy here was not like any other place I had met on this #artroadtrip; it was wild and angular.  And the odd thing about these drawings is that after I had worked for hours on them, the wild and angler energy asked to be covered up.  Trying to be in the flow of the Conversation, not wanting to do what I thought best, I covered the drawings up.

You can still see the underpinning of that energy under the surface layer.