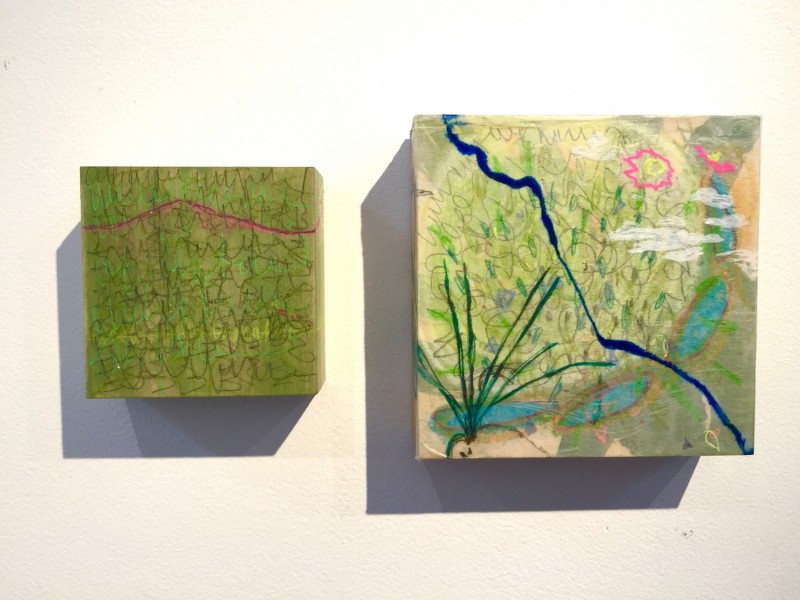 More than a 100 years ago the Rio Grand flooded these Plains. Then humans directed the water to the farms, and the migrating birds lost their watery place. As often, when humans mess with the natural flow of things, species were brought to the brink of existence. Then someone noticed.

Bosque del Apache and The Rio Grande waters are now continuously monitored and augmented, to allow both Wildlife and Human to coexist in these flood lands. And yes, every year more species return, including the cacophony of Cranes that arrive every December.

I was here in late September. There were no crowds or Cranes. I got to hear Water dancing with Wind, Road Runners calling to one another and hum of Bee in this desert oasis.

The energy here is very different than Sevilleta; you can feel the human touch. Nature and Human in a delicate balance.  This Land knew Human. Here the Spirit of the Land is present; watching, almost shimmering around me. Much less guarded than Sevilleta.

In the in-between space of being with, drawing with, and communing with this Land, I heard “We want to show you the magic that is under the surface of what your see”.  As I look at the drawing made with Bosque del Apache, I can see the “magic under the surface” on the side of the panels.